Government has decided to award the EPC contract of the construction of the 600MW Karuma Hydropower Plant (HPP) and associated transmission Lines (Karuma Interconnection Project) to Sinohydro Corporation. 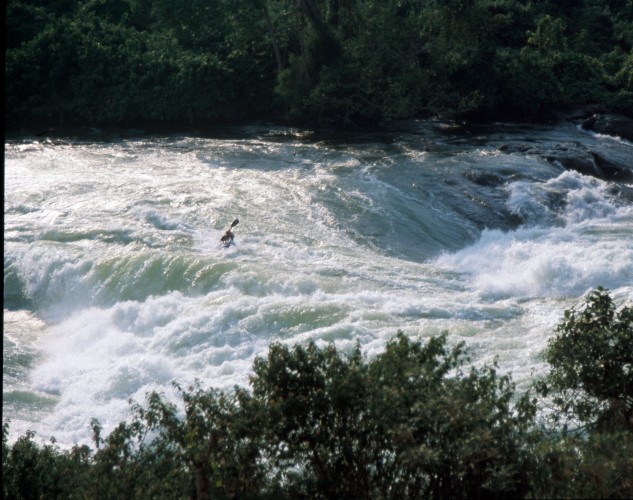 The agreement was signed on Thursday by Energy Minister, Irene Muloni and chairman Sinohydro, Mr Zhand Yunli.
Government said in a press statement today that this is a “milestone agreement for cooperation between Uganda and China.”
Sinohydro Corporation is the world’s largest contractor of hydroelectric projects participating in 50 percent of all the current large-scale hydropower projects globally today.
The company is 100 percent owned by the government of China and is recognised by the Ministry of Commerce in China as the country’s leading hydropower contractor and one of its leaders in overseas contracting as part of the government of China’s “Going Global’ strategy.Nile river flow map – Uganda to Egypt
It has an annual turnover of US$20 billion and boasts 130,000 direct employees participating in 380 ongoing projects in 68 countries around the word at present.
The development marks the end of wrangling among rival companies and jostling in corridors of power over the contract for the dam’s construction.
The Inspector General of Government (IGG) had blocked the Energy Ministry’s move to award the contract to China International Water and Electric Corporation (CWE), citing the firm’s falsification of information during the bidding process.
The dam is expected to cost US$1.6 billion. That figure includes the cost needed to build a transmission line from Karuma to a location where the power will be integrated into the national power grid.
The Power Station will be located at Karuma, on the Victoria Nile, at the present location of the Karuma Falls, adjacent to the location where the Masindi-Gulu Highway, crosses the river Nile.
The decision to award the contract was reached during a meeting with President Yoweri Museveni “after deliberating on presentations made by several Chinese companies, including China Three Gorges Corporation (which is the parent company of China International water and Electric) and China Gezhouba.”
It added the presentations were largely allowed as the Ministry had formally informed all the bidders in writing that the tender process had been cancelled.
In addition to the formal cancellation of the tender process by the Ministry of Energy, at the BRICS Summit Meeting in Durban, President Museveni and his Chinese counterpart Xi Jinping agreed that China and Uganda would purse bilateral cooperation on the Karuma Dam Project.
Government said the selection of the dam “ensures that Karuma Project commences generation of power as soon as possible and the generation and transmission of this power results in a successful conclusion of this very important project for the economic and social development of Uganda which will be done by Sinohydro at price levels compatible with the government budgetary estimates which are at the level of US$1.65 billion for both the power plant and the transmission lines.”
Sinohydro has promised to commence work on site at Karuma within two weeks “thereby ensuring that the delivering of power consequently commences at the earliest possible date and without any further delays.”
Source: PesaTimes (Uganda) – June 20, 2013, titled “Karuma dam contract awarded to chinese firm”.
First Post on Daniel Birhane
Posted by Oromo firee speech at 7:54 AM